At the same time cosmopolitan and traditional, timeless and modern, simple and spectacular – Rhodes is ideal for beach holidays and so much more

The mediaeval Old Town, the port of Mandraki, the Acropolis of Lindos, the ancient cities of Kamiros and Ialysos, the Valley of the Butterflies. A landscape with eye-catching, generous natural beauty, a rich history and endless attractions make Rhodes one of the most popular holiday destinations in Greece. Vast sandy beaches, emerald waters, castles and ancient civilisations, gourmet restaurants and traditional tavernas serving local delicacies.

Luxury resorts and villages where women still bake bread in an outdoor wood-burning oven. A beautiful mosaic of cultures. A timeless destination in the Dodecanese, popular since the Roman ages. Travel to the island of knights, the island of the mythical Colossus of Rhodes, the island where Byzantines, Greeks, Venetians, and Turks all left something to remember them by. Where the Aegean meets the Middle East, one of the most famous and sought-after holiday destinations in Europe.

Things to do on Rhodes

Old Town: priceless global heritage One of the best preserved mediaeval settlements in the world, the Old Town has been declared a Unesco World Heritage Site, and is one of the many reasons to choose Rhodes as your holiday destination. Protected inside its imposing wall – a boundary between past and present – is the island’s coat of arms.

In the Old Town every stone tells a story, a history of 2,400 years. Ancient statues, marble crests, fountains, the Street of the Knights, the Palace of the Grand Masters, mosques and hammams, the Clock Tower with its breathtaking view of the Aegean, a rich heritage left behind by past civilisations.

From Grand Masters to Street of the Knights The most famous road in the Old Town of Rhodes is the Street of the Knights, restored just as it was in the Middle Ages. Here you’ll find the inns of the ‘tongues’, or national guards, that made up the Order of the Knights. At the highest point in the road is a significant attraction: the grandiose castle, the Palace of the Grand Masters, with its enormous towers, now a wonderful museum. Cosmopolitan Mandraki A modern city, with a shopping centre, large hotels and resorts, numerous cafes, restaurants, clubs, impressive sights and attractions, but also traditional villas called marasiotika (from Marasia). Guarding Mandraki’s marina, from the tops of two tall limestone columns, are the island’s emblems: a deer and doe. At the edge of the dock stands the small fort of Agios Nikolaos, built between 1464 and 1467. Along the coastal road, public buildings erected by the Italians are sure to impress you; the New Market, the National Bank of Greece, Government House, the National Theatre, the Archbishop’s Residence, City Hall and the famous Grande Albergo delle Rose, one of the most luxurious hotels in Europe in the 1930s that today houses the world-famous Rhodes Casino in one of its wings. In front of the aquarium you’ll find one of the island’s most cosmopolitan beaches, a place to see and be seen.
220km

Towns and Villages to explore 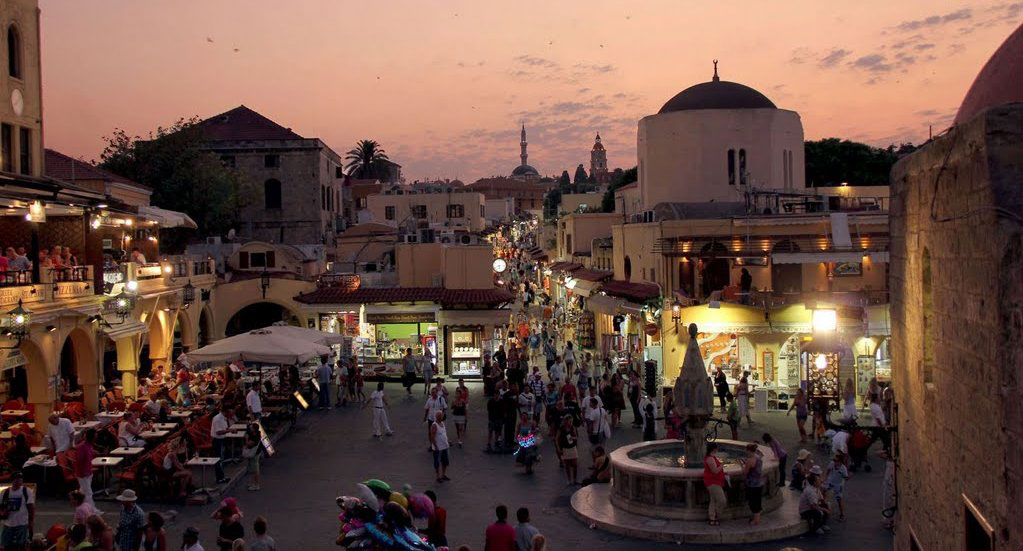 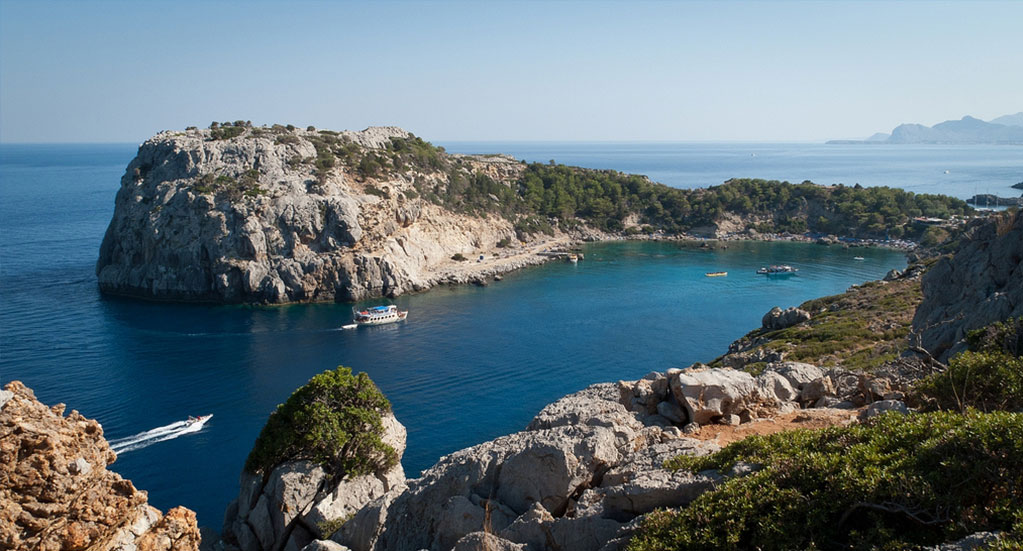 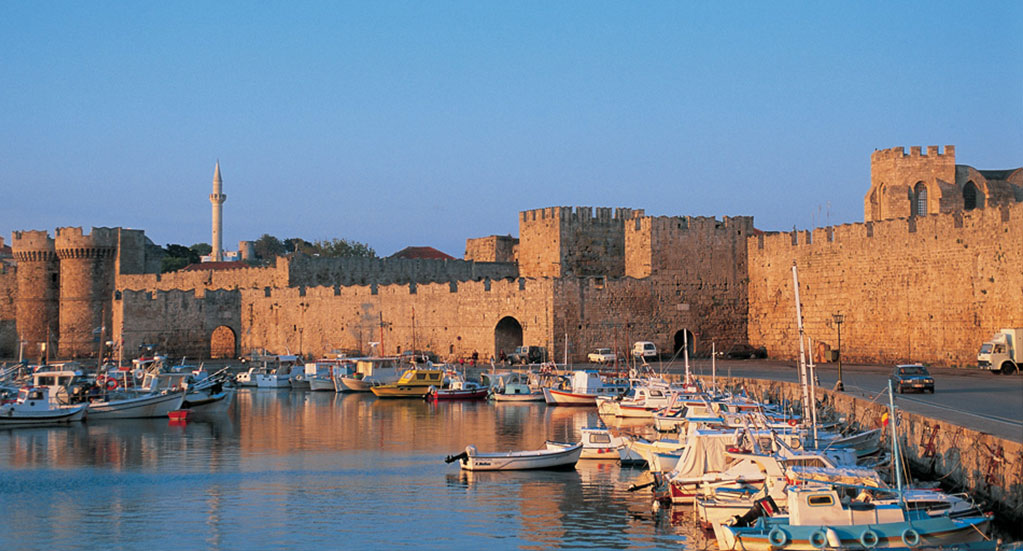